Luxor was known as the capital of the ancient kingdom under the name Thebes; Nowadays, Luxor is regarded as the largest open-air museum in the world and is home to some of Egypt’s most well-known temples, tombs, and monuments. Around 3000 BCE, it started to develop significance, and over the period of more than 1500 years, it rose to become the political, military, and religious center of Ancient Egypt. It is now a significant tourist destination and is home to a significant portion of the nation’s architectural landmarks.

There are uncountable monuments from ancient Egypt in Luxor. The 3400-year-old Luxor Temple, the Karnak Temple Complex, the necropolises of the Valley of the Kings and the Valley of the Queens, and the enormous stone sculptures known as the Colossi of Menmon are just a few of its features.

Luxor is a small city, so using a taxi or a horse-drawn carriage to move around is equally convenient. While using a horse-drawn carriage is undoubtedly a tourist favorite, renting a bike may also be a lot of fun for exploring the city’s landmarks. However, this is only advised during the day and away from the warmest times of the year!

The name Karnak was given to this complex because it comprises of a number of temples, chapels, and other buildings in the shape of a village. In Arabic, Karnak means “walled village.”

The Temple Complex of Karnak, one of Luxor’s many temples, must be its most amazing and stunning achievement. The Great Temple of Amun, the Temple of Khons, the Festival Temple of Tuthmosis III, as well as neighborhood smaller temples and sanctuaries, are all located within its borders.

The complex was not constructed according to one overarching plan. Instead, it shows the construction work of numerous successfuling rulers who competed with one another to embellish and enlarge this huge national temple, which during the New Kingdom became the most significant of Egypt’s temples.

2. Valley of the Kings

The Valley of the Kings, which was hidden away between the rocky escarpments of Luxor’s west bank, served as the ultimate resting place for the rulers of the 18th, 19th, and 20th dynasties. The tombs, which are covered in incredibly detailed, vivid wall paintings, are typically everyone’s first destination while traveling to the West Bank. 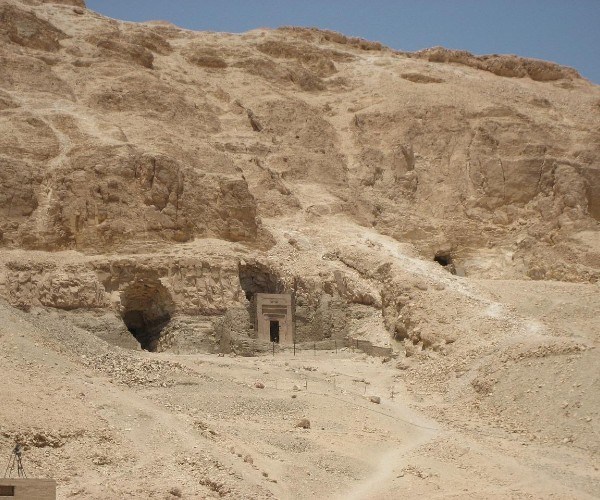 The walls of the tombs were adorned with writings and scenes describing this journey and providing the dead guidance on its way because it was believed that the dead sailed through the underworld at night in a boat, accompanied by the sun god (or perhaps having become one with the sun god).

There are 63 tombs located within the valley, and they contain the names of notable figures from Egyptian history, including the well-known boy-king Tutankhamun.

Thank you for your help in combatting content theft.

To protect the paintings from humidity damage as much as possible, the tombs are periodically opened. To see them entirely uncrowded, go there first thing in the morning (the site opens at 6am).

The Luxor Temple, also known as Thebes or Luxor in Arabic, is a large Ancient Egyptian temple complex that was built around 1400 BCE on the east bank of the Nile River near the present-day city of Luxor. The southern sanctuary was referred to as ipet resyt in Egyptian. On the east bank, it was one of the two main temples, the other being Karnak. Luxor Temple, which sits on top of the modern downtown area, is a tribute to Egypt’s evolving history.

It was referred to as “the southern harem of Amun” and was built by Amenophis III initially (on the site of an older sandstone temple). It was devoted to Amun, his consort Mut, and their son, the moon god Khons.

It includes the deity chapels, along with their vestibules and subsidiary chambers, a huge Hypostyle Hall, and an open Peristyle Court that was accessed from the north by a substantial colonnade, as well as all Egyptian temples.

The Temple of Deir el-Bahri is magnificently positioned on the West Bank, at the base of sheer cliffs surrounding the desert hills, its light-colored, nearly white, sandstone standing out strongly against the golden yellow to light brown rocks in the background. 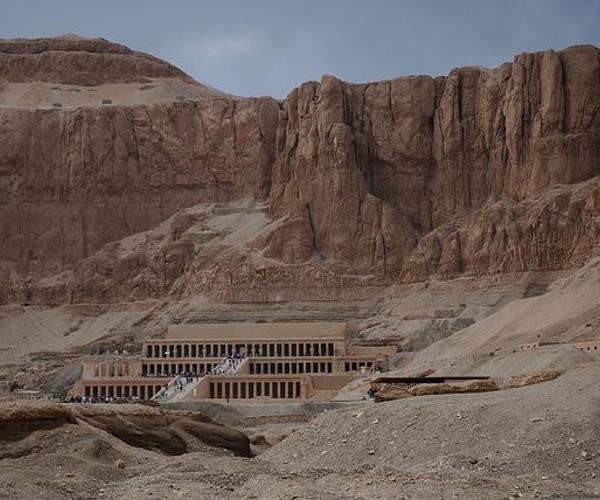 The temple complex is divided into a northern and a southern part by ramps connecting three terraces that rise from the plain. A raised colonnade runs the length of each terrace’s west side.

The hills’ eastern slopes were used to carve out the terraces, which were surrounded by magnificent sandstone retaining walls on all sides and at the back. Even the temple itself was partially carved out of the rock.

5. Tombs of the Nobles

If you haven’t had your fill of tombs in the Valley of the Kings then make a beeline for the Tombs of the Nobles, which may be less famous, but actually include much better preserved examples of tomb paintings.

Nearly 400 tombs of various dignitaries, roughly dating from the 6th dynasty through to the Ptolemaic era, are located at this West Bank site.

Instead of depicting scenes from everyday Egyptian life, these tomb paintings are more interested on assisting the dead in entering the afterlife.

Some of Egypt’s most colorful and dynamic tomb paintings can be found, in particular, at the Tomb of Sennofer, Tomb of Rekhmire, Tomb of Khonsu, Tomb of Benia, Tomb of Menna, and Tomb of Nakht.

Most visitors to the West Bank first notice the Colossi of Memnon. Just before the main West Bank ticket office, these enormous statues are located alongside the major road that goes from the Al-Gezira neighborhood of Luxor on the west bank of the Nile. 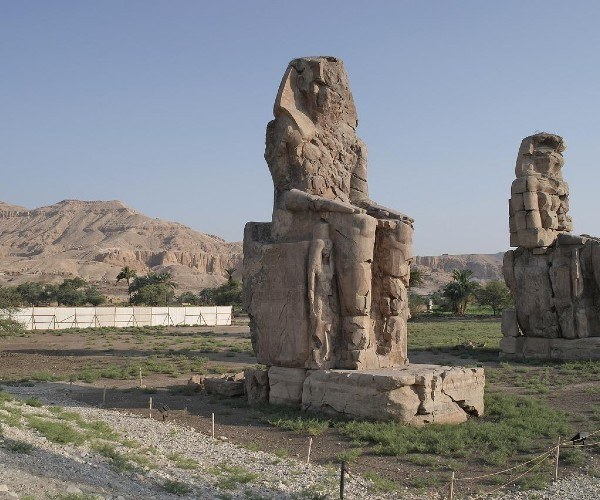 They were previously situated at the entrance to the king’s temple, of which there are only minor remains. They were carved out of rough yellowish-brown sandstone that was quarried in the hills near Edfu. They represent Amenophis III sitting on a cube-shaped throne.

They were taken for the Roman Empire for sculptures of Memnon, the son of Eos and Tithonus who was murdered by Achilles in the Trojan War.

Luxor has good weather from October to April, which is the best time to visit. Cairo, however, receives the most tourists between December and January, making it uncomfortable packed. Planning a trip to Luxor in June or September may enable you to take advantage of some incredible savings, but daytime sightseeing will undoubtedly be challenging during these months. The country’s coastline resorts, which provide some relief from the oppressive heat throughout the summer, can be visited. Avoid the midday heat by visiting the famous locations early in the morning if you want to visit Luxor between May and October.